Smart Apologies Should Be Strategic Flourish 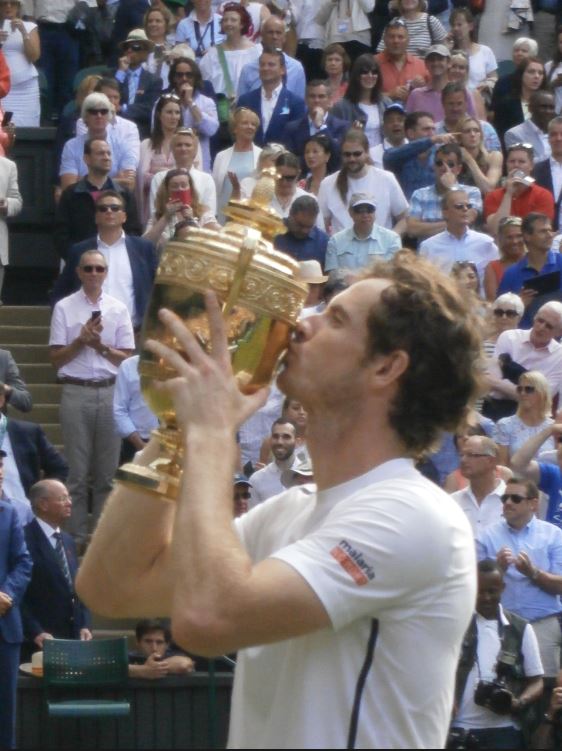 Congratulations Andy on winning your second Wimbledon and third Grand Slam title! You have proved me wrong. After your loss in the finals of the last French Open, I wasn’t convinced that bringing back Lendl as your coach was the answer. But, as described on July 11th NY Times, your strategy of having Lendl by your side again and playing for something bigger than yourself appears to be working!

However, I am still not sure that this sustainable and am offering my point of view as an enthusiastic fan. I mean how long can you keep bringing Lendl back?  As someone who does executive coaching for a living, I wouldn’t be happy if a previous client called me up two years after we finished working together – to help them with the same issue – in Andy’s case, winning majors!

So Andy, I am making you an offer – consider hiring me to be your well-being coach. Sure, you can keep Lendl as he seems to be making an impact, given that you have won the last two tournaments with him by your side. But remember, you are 29 years old – which is like 59 in a normal person’s life (aka, non-professional athlete), and you need to make the most of your career before the body starts breaking down.

For those of you who are not tennis fans, Murray is currently the #2 ranked tennis players in the world but has only won three of tennis’s biggest prizes – the Grand Slams – having been in eleven finals.  The other top ten players, to name a few: Roger Federer, Rafael Nadal, and Novak Djokovic, all have 10+ Grand Slam titles.  He has recently re-hired Ivan Lendl, a former top ranked tennis player in the 1970-1980s to help him win more slams after having recently lost in the 2016 French Open final.  Lendl was credited with helping him to win Wimbledon in 2009, breaking the 77-year drought of having someone from the United Kingdom win the crown.

First, let me briefly explain why I care.

I was a top ranked junior tennis player in the 1970s, played in college and simply loved the game.  I was a perfectionist at a young age who had high expectations for myself.  Being an emotional person, I would have self-castrating conversations with myself along with choking on big points.  These tendencies stunted my success and sadly my overall enjoyment of the game.  This led me on a life-long journey to figure out how can I enjoy competing AND perform at a high level.  Through a lot of therapy and well-being coaching, I have learned to keep my body language and self-talk positive (most of the time) and have won matches coming from behind, along with those that are close.  Now I am using my wisdom and coaching skills to help others in business have the courage to take risks, bounce back, and follow their dreams whether it means becoming a senior leader, successful entrepreneur, or a more influential person.  My goal is to teach people new skills so they can succeed whether I am in their coach’s box or not.

When I watch you yell at yourself or scream at your family, coaches, and friends who are sitting in the stands watching, or even at the bird flying by, I feel your pain. I hate to see someone waste their talent by letting negative thoughts bring down the ability to play their best.  That is what I see in you.

Why are you the perfect candidate for coaching?

Mary Carrillo, one of the sports announcers said during the loss at the 2016 French Open, “If Murray wants to win he is going to have to get out of his comfort zone which is risky.”  Therein lies the problem.  While you did appear to get out of comfort zone when you were losing 5-2 in the final set, it was unfortunately too late. There appears to be a resilience handicap where you took too long to bounce back after making mistakes. This seems as grave as a slow second serve or sluggish foot work.  However, like learning a new shot, it too can be improved.

Andy, you’re the perfect candidate to be coached by a woman executive coach. Based on a recent July/August 2016 Tennis magazine article, you are the ONLY top male tennis player to hire a woman coach, Amelie Mauresmo.  The article practically called you a feminist!   You were brought up by a single mother, coached by your mother, are married and have a daughter, so you are surrounded by women.  Given that you appear to have the passion and drive to continue to win Grand Slams, why not experiment with a new type of female executive coach?  And, on top of all that – you love to prove people wrong.

How would I speed up your resilience?

As described in this month’s recommended reading, Flourish, if you have a negative talk ratio with yourself and your significant other, of less that 5:1 – five positive statements for every critical statement, you are heading for a disaster.  Based on observing you in the French Open final– the ratio appears much higher than 5:1.  However, during the last three games at the French Open, I saw you smile, have a bounce to your walk, and encourage yourself with a strong fist pump while shouting out “come on!” – which of course led to better results.  You demonstrated more positive body language while winning Wimbledon this year too. Positive psychology has proven that there is a strong correlation between enhanced overall well-being and better performance at school, increased economic success for companies, and happier marriages. As a new father of a daughter, you have stressed that being a good father is more important than being a great tennis player.  So, why not quicker resilience and more Grand Slams – with or without Lendl?

As your Well-Being Coach , here are the three things I would do:

As John McEnroe said to Andy Murray at his post-match French Open runner-up interview, “Be proud.”  Murray thanked him but didn’t look like he believed it. Andy, start believing – you have three…I want you to win more slams!